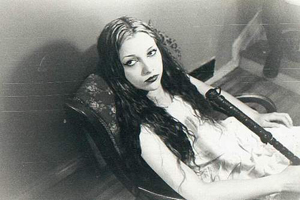 2,479 Shares
Woe is me. My cape is wet and my mascara is running. I am crying for no one understands me. 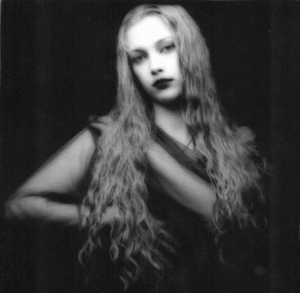 Goth can be a type of music, generally dark, somber, and entrancing. Your basic clad in flowing black velvet, a cape, black lipstick, and if possible alabaster skin is the mage of a Goth. There is also the Goth attitude; morose, dramatic, introspective, and obsessed with death and the darker side of life. Typical interests of Goths are the paranormal, vampirism, medieval, Victorian and Edwardian history, poetry, the arts, BDSM, and sometimes posting on Internet Goth lists. It has been my experience that the members of this subculture are of a higher intelligence than the general population. Goths frequent such places as the local cemetery, Gothic dance clubs, tattoo and piercing parlors, and The Rocky Horror Picture Show. Basically if it is dark and dreary Goths will congregate there.

There is much more to the Gothic movement than trench coats and guns, no matter what the popular media would have us believe. The Columbine students didn't kill because they were Goth. Listening to Sisters of Mercy won't make you the next Jeffery Dalhmer. 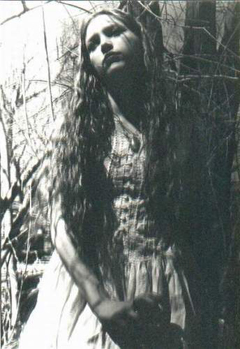 There have been three surges in the history of the movement. The first was back in the early 80's when bands like Siouxsie and the Banshees and Bauhaus gained exposure. The punk movement was coming to an end and a new sound was emerging. The music was darker and more ambient. Siouxsie is generally viewed as the mother of the culture and is credited with having first coined the term “Goth.”

The second resurgence was in the late 80's with the emergence of bands like The Cure and London after Midnight. This was when Goth became a recognized culture and the moniker became commonplace. The members of this era are now commonly referred to as “old school.”

In the mid 90's the third movement came upon us. Bands such as Marilyn Mason have brought the spotlight to the Goth scene and created a rift in its midst. The two older movements seemed to enjoy the anonymity that was to be had in their time. However, the Mansonites seemed to bask in the limelight and actually sought the newfound attention. This latter group has had to date the largest following, due mainly to the greater availability of music and communication with peers via the Internet.

What is the future of Goth? Considering that it had its first rumblings back in the late 70's and is still going strong twenty plus years later, I would say that Goth has created a niche for itself in today's society that will not soon be abandoned. As I sit and watch my oldest child I realize my place in all of this. I will simply grow old and await the forthcoming waves that are brewing out there in local elementary and middle schools everywhere.

By Scarlett Crawford
Member Since: Jul 25, 2017
FOLLOW
COMMENTS
Log in to post a comment. (Easy one-click login with Google or Facebook)
CHINA TELLS TRUMP: NORTH KOREA NUCLEAR CRISIS NEEDS A PEACEFUL RESOLUTION
NEW STYLE OF BELLY DANCE SPREADS
THE VAMPYRE
THIS TINY GALAXY HAS A SUPERMASSIVE BLACK HOLE THAT RIVALS OUR OWN