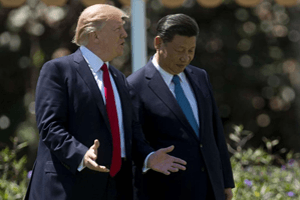 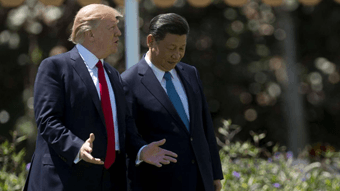 Chinese President Xi Jinping spoke with US President Donald Trump on the phone on Saurday (August 12, 2017). The two leaders discussed the Korean peninsula and the developing nuclear crisis. According to Chinese state television, the Chinese President asked the "relevant side" to exercise restraint.

On Friday President Trump further reinforced his strong language toward North Korea. He said the US military was, "locked and loaded." Pyongyang accused the US of driving the two nations to the brink of nuclear war. Other world powers have begun to express alarm over the developing situation.

Chinese state television further reported that President Xi told President Trump it was in the best interests of both nations to work toward denuclearization of the Korean peninsula. The goal of both China and the United States is to achieve peace and stability in the region. The relevant side must, "exercise restraint, and avoid words and actions the exacerbate tensions on the Korean peninsula."

The remarks on denuclearization by China come after President Trump's remarks on the same subject on Thursday. President Trump said, "I would like to de-nuke the world." He named 4 world nuclear powers (he left out North Korea) and his desire to see all of them abandon nuclear weapons. 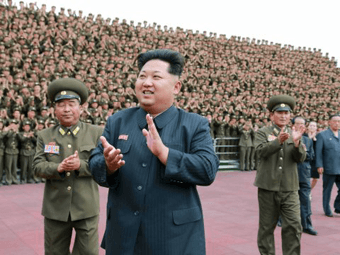 Ultimately, the escalating situation needs to be resolved through political and diplomatic negotiations. China is willing to remain engaged and open talks with Pyongyang to hopefully diffuse and deescalate the situation. According to Chinese state television, China will push for an appropriate resolution, one that will be beneficial to all parties involved.

Chinese state television further reported that President Trump responded positively to President Xi's comments, and that he understands China's position on the North Korean nuclear issue. In a previous statement, China vowed to remain neutral if North Korea attacked sovereign US territory. However, China further stated, "If the US and South Korea carry out strikes and try to overthrow the North Korean regime and change the political pattern of the Korean peninsula, China will prevent them from doing so."

Tensions have been extraordinarily high on the peninsula over the past few days. North Korea continues to develop nuclear weapons, test and further it's ICBM program, and issue threats and warnings against the United States. President Trump, in a break from previous US diplomatic policy, has responded and acted very strongly toward North Korea. On Tuesday President Trump said, "North Korea best not make any more threats to the United States or they will be met with fire and fury like the world has never seen."

World leaders and diplomats are unaccustomed to this level of unrestrained talk by the United States. World markets have been jittery and nervous this week, unsure how the escalating situation will play out.

North Korea will be met with Fire and Fury
+1

By Damien Jones
Member Since: Aug 02, 2017
FOLLOW
Politics, government, and the way the world works are what I love to write about.
COMMENTS
Log in to post a comment. (Easy one-click login with Google or Facebook)
ELON MUSK IS AT WAR WITH SHORT SELLERS
VAMPIRE: THE REQUIEM
DISPELLING HALLOWEEN MYTH-CONCEPTIONS
CAPTAIN PICARD RETURNS IN A NEW SERIES