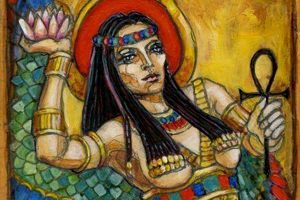 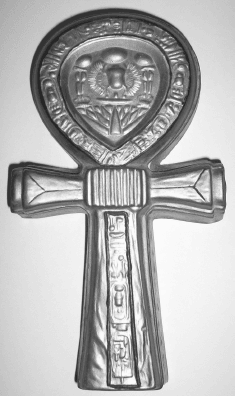 Since my early childhood, I have been fascinated with the ancient Egyptians. The grandeur of the pyramids, the mystery of the Sphinx, and the secrets of the hieroglyphs. The symbol that is the most fascinating to me is the "ankh". I have been collecting ankh pendants for about a decade now. I have included some photos of the most unique in my collection. I also always wear one around my neck.

The ankh itself has an interesting history and there is much debate over its symbolism and meaning. The design of an ankh is that of a tau cross (from the Greek letter "T" it resembles) with a loop at the top. Traditionally that loop is egg-shaped, but often in modern artwork the ankh's loop is styled into a circle. It is also commonly known as an "Ansate Cross", which derives from its Latin name, crux ansata, or "handle-shaped cross". Its various names and shapes make it difficult to trace all origins of the ankh because there are other symbols that look like an ankh but are different. The astrological female symbol for example, which is a perfect circle with a "+" cross beneath it.

In the simplest terms, the ankh is the Egyptian symbol for Life. But to simply define it that way leaves it to be just as vague as the word "life" itself. Many have defined it as either the essence of life, or as broadly as eternal life, or immortality. Many paintings in Egyptian tombs depict their gods and goddesses holding ankhs. For the gods, it would seem to represent their immortality. Ankhs were also inscribed on many Egyptian sarcophagi, especially among the pharaohs. For the Egyptians, who were obsessed with the afterlife, they may have considered it a physical key to the underworld.

When you examine the shape of the ankh, it is easy to see that it was also a fertility symbol. The egg-shaped loop represents a woman's womb. While the T-shaped cross is a phallic symbol of the male sexual organ. Their combination represents the union of the male and female and is a blessing for fertility.

Fertility does not simply apply to the Egyptian population themselves. They saw the great Nile River as their source of life. Prayers for fertility of their crops were blessings of the Nile, and ankhs were chiefly used in those practices.

Besides being carved or painted on walls as a hieroglyph, there has been speculation that ankhs were carved from wood or stone and used around the home. Perhaps they were a blessing for a long life, good health, and happiness. Some scholars have suggested additional uses. Ankhs may have been used when taking an oath, such as we swear upon a Bible today. Another theory was that they could even have been used as a spindle for primitive kites! 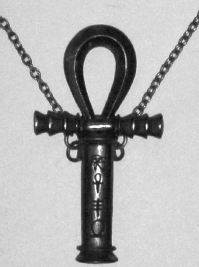 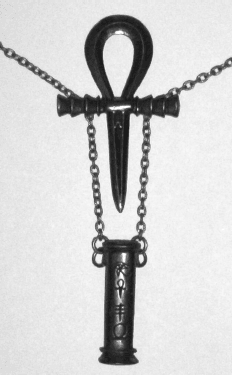 One thing is sure; it has become a sacred symbol and is common throughout the world. twined wings of medicine and health, where the ankh bears the wings itself.

The ankh has gained popularity in modern gothic circles thanks to Neil Gaiman's depiction of Death of the Endless in his tales of the Sandman. Also the very popular story-telling role-playing game system Vampire: The Masquerade by White Wolf has given it new life as well. (Dare I add that a bat-winged ankh of my design is featured on the cover of my novel, LILITH'S LOVE?)

Such a potent symbol still finds use today, thousands of years after its initial use. What else would you expect from a symbol of enduring life?

All Photos by Dan Shaurette

By Dan Shaurette
Member Since: Jul 25, 2017
FOLLOW
Author of Lilith's Love, Black Magic, and Once Upon a Scream.
COMMENTS
Log in to post a comment. (Easy one-click login with Google or Facebook)
MORE STAR TREK SHOWS FROM CBS ARE ON THE WAY
LOPBURI, THE MONKEY KINGDOM OF THAILAND
THE 4-4 ENERGIZING BREATH
THE WHEEL OF THE YEAR