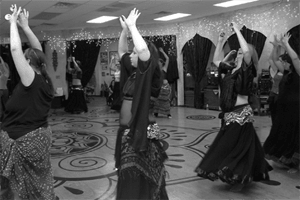 2,563 Shares
A new type of belly dance is sweeping across the western United States. American Tribal Style Belly Dance encompasses original gypsy-style dancing, but also includes a contemporary American touch. Belly dancing in general has had a long history of mutation. Quite often dancers would change their art in order to suit the audience they were performing for. The latest evolution of American Tribal is no exception. 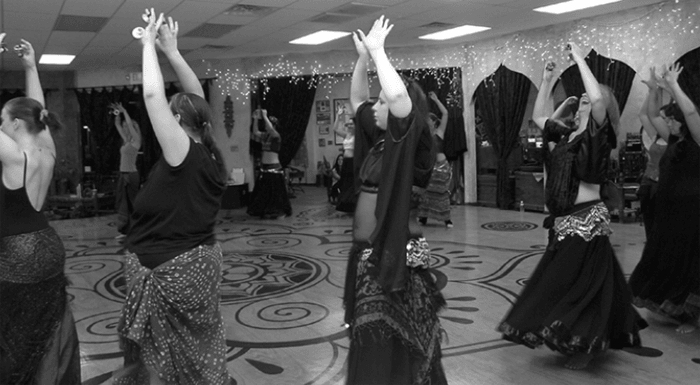 "American Tribal Style belly dance incorporates Middle Eastern moves, Indian moves, and a little bit of the Flamenco-Spanish style. But the concept of American Tribal Style is that it is focused on group improvisation and that whole theory is what makes it really new. Regular Middle Eastern dance and belly dance doesn't incorporate cues and working with other dancers, they're more of a solo art." Tells Heidi Alexander, an instructor at the Domba school in Tempe, Arizona.

Where cabaret and gypsy dancing often include long complicated sequences of moves and positions, American Tribal Style is less demanding. There are fewer moves, but they are more precisely defined. The dance environment is one of lead and follow. The strength of American Tribal Style is seen when the troupe performs together. Though there are fewer moves, (and they tend to be repeated), they are done in unison and a greater effect is achieved.

At some point in the dance, two to four members of the troupe break free and perform in the center. They lead a group improvisation and the remaining dancers make up the chorus.

The costumes vary greatly, but they are for the most part, of traditional gypsy origin. The music is also more often traditional versus contemporary, having a heavy emphasis on percussion.

When held in contrast with other dance styles, American Tribal is usually learned quicker. "If the student has a dance background they're going to learn a lot quicker. Some people just pick it up quicker than others. So it all depends on the student. On average I would say, before I would consider them to be a professional dancer, it takes at least two years of lessons." Tells Heidi.

American Tribal is a style dominated by women. Although some of the greatest belly dancers in history have been male, that is not the case with American Tribal Style.

"We've had a couple of men come into the class and try it once. It's not their thing. The men usually take the drumming class." Tells Heidi.

All and all the success of American Tribal Style seems to come from the group interaction of the women. Working together, especially when new, boosts their confidence. Inhibitions are lowered and learning is easier.

When asked what a woman should do when she is thinking of starting of dance class of this type but is too afraid to try, Heidi responded, "Its so much fun that if they just came once they would be hooked. And its great exercise. A lot of people come in for the exercise." 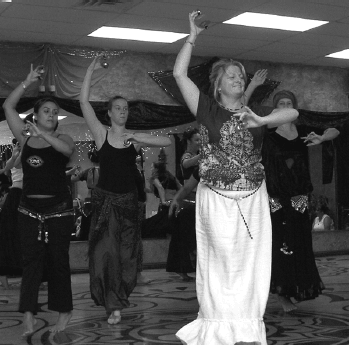 By CT Thompson
Member Since: Jan 06, 2016
FOLLOW
Founder and editor-in-chief of Way Universe.
COMMENTS
Log in to post a comment. (Easy one-click login with Google or Facebook)
ELON MUSK IS AT WAR WITH SHORT SELLERS
CONSONANT CLUSTERS
THE PENDULUM
SHRIMP PASTA SALAD