Teachings of the Major Religions 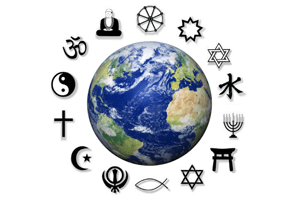 2,545 Shares
Without a doubt, humans have been searching for the reason of their existence since humans could think and ponder. While science attempts to explain away the wonders of the Universe, theologians and men led by their faith have for several millennia put divinity to the test. Today many would argue morality and the worship of the creator are declining, yet these religions have held followers for centuries. 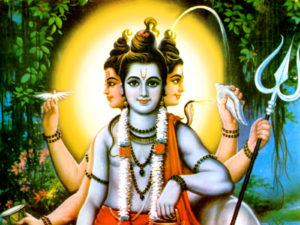 Hinduism has had several incarnations throughout its existence. Classical Hinduism (the most current evolution) started approximately 3,500 years ago. Hinduism teaches that all people have souls and these souls are endlessly reincarnated. The reason for this is karma. Karma is penance for the misdoings of the soul. It is the duty and purpose of the soul to escape the chains of karma by emancipation. There are three paths and requirements for this emancipation:

The Path of Duty

This is the erasure of emotion and self. All is sacrificed for duty. Man walks throughout life serving his family, social, and economic obligations.

The Path of Knowledge

This is the use of meditation and yoga to gain a true, unobtrusive, clear insight to one's relationship with God.

The Path of Devotion

This is a life-long devotion to the worship and service of God. Physical objects are rejected and total subservience and reverence of God are the goal.

Hinduism teaches that the only true reality is one's inner reality. Sin is not looked upon as evil, but rather distraction or pollution that needs to be cleansed. 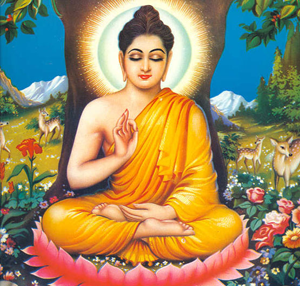 Buddhism is approximately 2,500 years old. Buddhism differs from Hinduism views in that Buddhism teaches there is no soul. There is no internal reality. Buddhism is an emptying process. The end result is a state of non-being. Buddhism holds four Noble Truths:


1. All existence is subject to misery.

2. Misery originates from our inner desires. We seek pleasure that reinforces being instead of non-being.

3. Cravings of pleasure can be eliminated.

Nirvana, the ideal state of Buddhism is achieved when man totally escapes the confines of his mind and ego. When this is achieved, he is freed from the cycle of reincarnation. 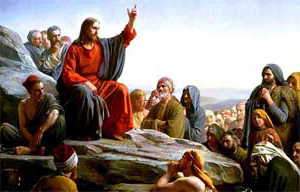 Christianity is approximately 2,000 years old. Modern day Christianity does not teach reincarnation yet examples of karma can be found throughout the bible.

In this letter to the Galatians, Paul furthers the Hindu and Buddhist belief that materialism and the flesh lead to corruption, but the nonmaterial leads to eternal life. Sin and evil are conquered through confession, atonement, and repentance. 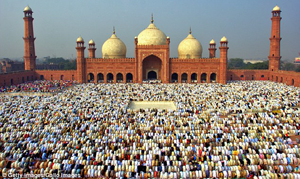 Islam is approximately 1,400 years old. Islam began with God's creation of the first man Adam. The meaning of Islam is submission and obedience to Allah, the Creator of all. Islam believes in the soul, but not in karma or reincarnation.

Man must resist his urges and temptations and serve only God. Everything than comes from within man is evil. Only Allah is good. Man's evil has rippling consequences that affect everything on the earth. For this reason, all men must serve Allah and only then will widespread good be seen.

By Michael Ramses
Member Since: Jul 20, 2017
FOLLOW
I love to write about the strange, unusual, and paranormal.
COMMENTS
Log in to post a comment. (Easy one-click login with Google or Facebook)
A GALAXY DEVOURED LONG AGO HAS BEEN DISCOVERED
HUNTER'S MOON
THE ANDROMEDA GALAXY (M31)
WHAT IS GOTH?