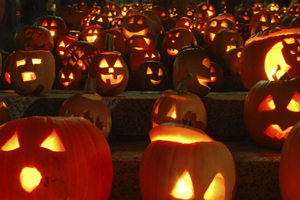 2,561 Shares
The American holiday of Halloween seems to be under a constant wave of negative attacks. It has a long and interesting history with Christian and Pagan origins. But in this country it barely stands for the original purpose in both religions, which is to honor the dead. Today it seems nothing more than a chance for hyperactive children to dress up in costumes, from the humorous to the horrific, in order to justify their begging of candy from strangers.

In years past, this tradition has raised fears of adulterated candies being distributed with the intention of harming children. Because of this, many state and local authorities have attempted to ban trick-or-treating. In the wake of the September 11th tragedies, there were new fears that contaminants, such as Anthrax, would be used or be the focus of hoaxes. Officials argued that emergency teams were already taxed to their limit, and Halloween pranks and legitimate threats would make an already dangerous situation worse.

So the question is posed, "Should we allow Halloween trick-or-treating?" My answer is a resounding "Yes, but with caution." I mean, we would all be foolish to play into the hands of terrorists and fear-mongers. But to deprive us and our children of having a good time would not only be unfair, it also gives in to their plans of striking fear into our hearts. Perhaps now it is time to change some of our traditions and restore Halloween to its original purpose - to revere the spirits of those who have passed away.

So, what is Halloween all about? If you ask a Christian Fundamentalist, you'll hear that Halloween is derived from All Hallow's Eve and is a day to prepare for All Saints' Day (November 1) and All Souls' Day (November 2). The three days together are known as Hallowtide. "Hallow" is a word that derives from the word "holy" and also "Saint". All Saints' Day was originally celebrated on May 13 (and is still celebrated by Eastern Orthodox on that day) and was intended to be a day to honor all of those Saints that did not have a day of their own. In 835 CE, Pope Gregory moved the day to November 1. Around 1000 CE, the Church created All Souls' Day on November 2. They will also probably strenuously deny that Pope Gregory's move had anything to do with trying to compete with the Pagan festival of Samhain.

If you ask a Pagan (or any historian or theologian) they will suggest that indeed the Church wanted to find a way to get the Heathens into their fold, or encourage their new followers to not practice the old traditions. The Church recognized the need to revere the dead. They knew the peasants celebrated October 31 as a day to commune with the dead. So, the day to honor the Saints was moved to November 1 and the Church encouraged the practice, but introduced their doctrines instead. 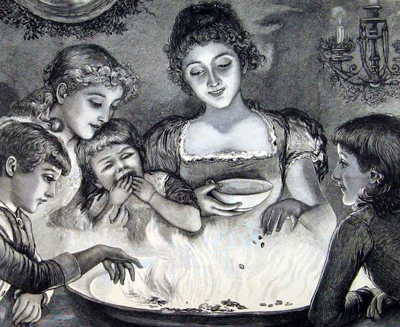 To the Celtic Druids of what is now called the United Kingdom, and their clans in Western Europe and parts of Turkey, November 1 was the start of the new year. They followed the seasons and the cycles of life and observed that this was the time of the Harvest. Autumn is the time when the leaves turn and fall, plants wither, crops are harvested and finished, and preparations for winter begin. They divided the year at this point because it signaled the time that the reign of the Sun was ending.

As it was the end of their year, it was also when they believed that the veil between the world of the living and the dead was thinnest. Ceremonies of bonfires would run for three days (October 31 to November 2) in which the Druids believed they could not only communicate with the dead, but that the living could travel to the other side, and the spirits could travel to our side. This festival was known as Samhain, which is pronounced "Sow-en". (The Gaelic "mh" sounds like our English "w".)

Many traditions that we find during Halloween come from Ireland and were brought here by early Irish immigrants. There is an old Irish folk tale about a man named Stingy Jack who was quite a trickster. Apparently, one day the Devil came to visit old Jack, but Jack knew how to get rid of him. Jack tricked the Devil into climbing into an apple tree and then carved a cross into the trunk. The Devil was trapped there and was quite furious with Jack. When Jack died, he couldn't go to Heaven because of his mean tricks, and the Devil held a grudge, so he wouldn't let Jack into Hell. Instead, Jack was condemned to wander the Earth forever. Jack needed a lantern to light his way, so the Devil conceded to giving him a hollowed-out turnip and placed a flaming coal inside. Stingy Jack then became known as "Jack of the Lantern" or "Jack-o-Lantern". It is from this legend that the Irish put out carved turnips and gourds with candles in them by their doors on Halloween to scare away all those spirits that walk the earth on that night. When Irish settlers came to America, they discovered that pumpkins were much easier to hollow out and carve than turnips. So a new tradition was born.

Another popular Irish tradition made its way into practice around Halloween. Unmarried people would attempt to bite into an apple that was either attached to a string or floating in a pail of water. The first person to succeed at this would be the next to get married. This has nothing to do with Halloween so much as the Harvest, when apples are plentiful and used during the festivals. Why apples? Well, there is much myth associated with them, besides the Garden of Eden. One explanation is that the apple is a symbol of fertility blessed by the goddess. Have you ever noticed that if you cut an apple in half horizontally, that the seeds and core form a natural five-pointed star?

Even the tradition of going door-to-door seeking cakes, candies, and other treats is one from Irish and European history. The source of this one is cloudy because there are many legends that all seem to conflict. In one story, students use to go around their villages collecting treats, cakes, and milk from the housewives in town. In other cases, young children on their way to a party or festival and would go around town asking for apples or nuts for their party. 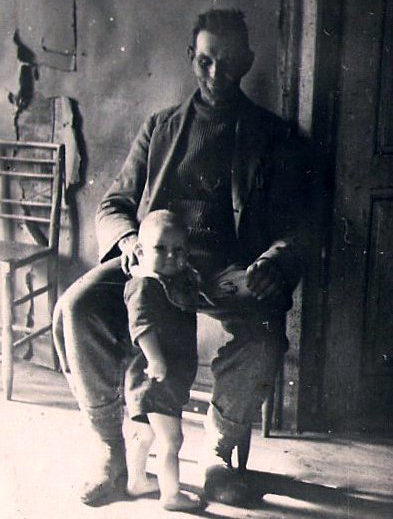 The tradition of dressing up in costumes, grotesque or otherwise, also has many roots. One of the most interesting is that of the Mexican holiday "Los Dias de los Muertos." These "Days of the Dead" run, also remarkably, from October 31 to November 2. During the Fall, thousands of Monarch Butterflies return south for the winter and make their way into Mexico and find shelter in the oyamel fir trees. The Aztecs believed that the spirits of the dead were carried back to them on the wings of these butterflies. It is these spirits that are honored during the festivals. Modern costumed revelers dress up as ghosts and skeletons, mummies and ghouls. They form a parade through the streets, carrying people around in coffins (don't worry, they're still alive, but usually dressed up as the deceased). Vendors and parade watchers toss candies, fruit, and flowers into the coffins as offerings.

So many other cultures celebrate their dead around this time that I can't list them all. I focused on the Christian and the Celtic/Druid/Pagan/Irish because these come together in a melting pot called America to form a whole new tradition called Halloween. It is a shame that the religions must fight over it and ruin such an important time. The reverence and remembrance of our ancestors is very important. This vital process should not be abandoned because of religious infighting, political posturing, immature pranks, terrorist plots, or rampant commercial exploitation of children.

October 31st should remain a holy day as a time of reflection on family, friends, and ancestors. Visit graveyards and tend to their sites. Put up shrines in your homes or chapels. Hold séances to speak to them. Have candlelight vigils. Put out Jack-o-lanterns to keep dangerous sprits at bay. Dress up as those who have gone. Celebrate their lives with festivals and parties. But never forget them. Never.

If you want safe alternatives to Trick-Or-Treating because you are worried about candy and strangers, then host a party. Or go to a church and find a Family Festival. There will be many Harvest Carnivals, County and State Fairs. Enjoy them all. But don't just hide at home. Don't let the fear-mongers win. Halloween is not about being scared. Hollywood may have capitalized on the genre, but that isn't what Halloween is about. It is about veneration of our loved ones and ancestors. It is to remember who we are and where we've come from. Hold our traditions dear, for they are our history. Dispel your misconceptions.

By Dan Shaurette
Member Since: Jul 25, 2017
FOLLOW
Author of Lilith's Love, Black Magic, and Once Upon a Scream.
COMMENTS
Log in to post a comment. (Easy one-click login with Google or Facebook)
VAMPIRES
WAS GOTHCON 2002 A SNOW JOB?
INTERVIEW WITH THE VAMPIRE IS A TIMELESS CLASSIC
WHO YA GONNA CALL?