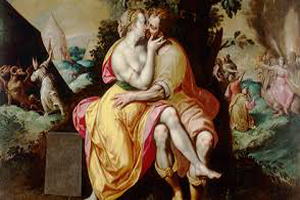 2,385 Shares
The Seven Deadly Sins can be found throughout the Christian bible, although there does not exist a chapter or verse that contains an all-inclusive list. Pope Gregory the Great created the first list of these sins in the late sixth century with his work, Moralia in Job. This writing was an extensive examination of the biblical book of Job. Gregory was certain that God spoke allegorically in the bible. It was up to the reader to decipher what God really meant. This task the Church of Rome was more than happy to assist with and consequently came Gregory's writing and the Seven Deadly Sins.

The Seven Deadly Sins are Pride, Envy, Anger, Avarice, Sloth, Gluttony, and Lust. Each of these sins has been written upon and rewritten upon over the last two millennia. Gregory's writings seem to have specialized in telling people how they should conduct their lives. He did this in two fashions: example and direct instruction. In Gregory's Pastoral Care, he provided priests with an ideal model of their duties with reference to their ministries. In Dialogues, he wrote of the lives of some of the saints of Italy, including Saint Benedict. Moralia in Job was a condensed list of vices or sins of which he wanted his parishioners to avoid.

Writers of the past have listed the Seven Deadly Sins in various orders of importance. Gregory however seems to equate all of them on an equal level. Equal meaning that they are all deadly and will cause damnation of the soul. They are called deadly because they are in opposition to love and damage to our personal relationship with God. Pope Gregory and Aurelius Augustine seem to have shared the same view regarding the role of love. God is love and he created us to love. Augustine's view of Disordered Love in many respects corresponds with some of the Seven Deadly Sins. The love of objects translates to avarice and gluttony. The love of people can lead to envy, anger, and lust. The love of oneself often results in pride. This makes perfect sense given that Saint Augustine and Pope Gregory lived during the same period. It is possible that Gregory's writings and teachings heavily influenced Augustine's views. 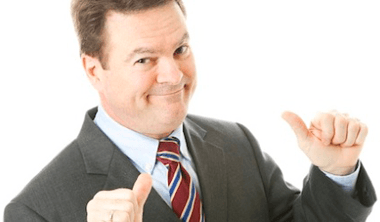 The first Deadly Sin is Pride. Most likely this sin is listed first since this is the sin that resulted in Lucifer's fall from grace. Saint Augustine called pride the root of all sin. Pride is an excessive confidence in an individual's own abilities that interferes with the individual's acknowledgment and understanding of the grace of God. Pride can incite many other sins including vanity, arrogance, conceit, superiority, and egotism. Pride places the love of oneself above the love of God. It prevents man from being humble before God. In the presence of pride there is no recognition of the supremacy of God.


Who is it you have insulted and blasphemed? Against whom have you raised your voice and lifted your eyes in pride? Against the Holy One of Israel! (2 Kings 19:22) 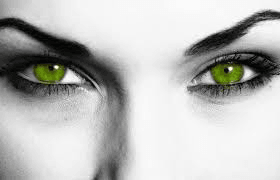 The second Deadly Sin is Envy. Envy is a feeling of discontentment created by witnessing or hearing of the advantage, benefit, prosperity, gain, or success of others. Envy is mentioned numerous times throughout the Bible. Mathew tells the first story of envy in the New Testament:


So when the crowd had gathered, Pilate asked them, "Which one do you want me to release to you: Barabbas, or Jesus who is called Christ?" For he knew it was out of envy that they handed Jesus unto him (Matthew 27:17-18).
The first chapter of Romans lists envy along with other sins:


They have become filled with every kind of wickedness, evil, greed and depravity. They are full of envy, murder, strife, deceit and malice (Romans 1:29).
Envy is the prelude and motivation for some of the worst crimes of man. The book of Acts tells how envy led to Joseph's brothers selling him into Egypt:


Because the patriarchs were jealous of Joseph, they sold him as a slave into Egypt (Acts 7:9).
Envy is obviously a very serious sin. However it is not so strong that it cannot be controlled. Peter taught to lay aside one's envy and to gain from the resulting spiritual growth.


Therefore, rid yourselves of all malice and all deceit, hypocrisy, envy, and slander of every kind. Like newborn babies, crave pure spiritual milk, so that by it you may grow up in your salvation, now that you have tasted that the Lord is good (1 Peter 2:1-3).

1 Corinthians teaches how through love envy can be conquered:

Finally, Galatians teaches that envy will keep a person from enjoying the bliss of Heaven: 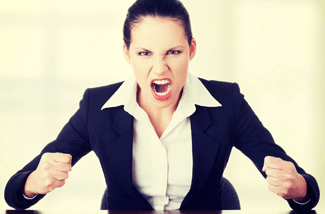 The third Deadly Sin is Anger. Anger is the rejection of love. Anger leads to fury and sometimes to wrath. Wrath, the byproduct of anger, is easily found throughout the Old Testament. The New Testament documents the coming of the Messiah and marks the end of Mosaic Law. The New Covenant is then established with man. Anger is a reaction, most often to a minor sin of another person. Anger does not have to result in wrath to be a sin. The feeling of anger alone can lead to damnation. Anger occurs when man chooses not to forgive.


But I tell you that anyone who is angry with his brother will be subject to judgment (Matthew 5:22). 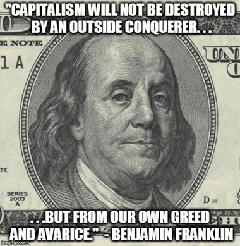 The fourth Deadly Sin is Avarice. Avarice is sometimes referred to as greed or covetousness. Avarice is the overwhelming desire to gain wealth. Avarice places the love of physical objects above the love of people and the love of God. Idolatry can be the result of avarice.


Then he said to them, "Watch out! Be on your guard against all kinds of greed; a man's life does not consist in the abundance of his possessions." (Luke 12:15) 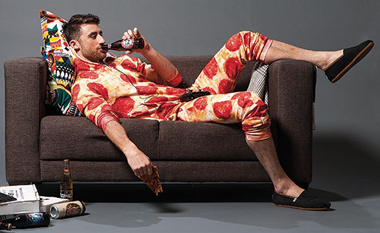 The fifth Deadly Sin is Sloth. Sloth is the procrastination or evading of either physical or spiritual work. Sloth causes man to become complacent. The Bible is filled with tasks performed by man in the service of God. Sloth prevents to completion of God's will. Sloth can be a direct affront to the commandments of God. 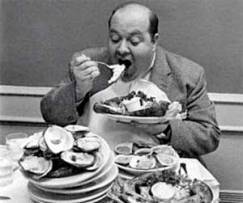 The sixth Deadly Sin is Gluttony. Gluttony is the excessive desire for food or drink. Gluttony, along with avarice, places the love of physical objects above the love of God. Gluttony however can cause direct physical harm to a temple of God, the body.


And put a knife to your throat if you are given to gluttony (Proverbs 23:2). 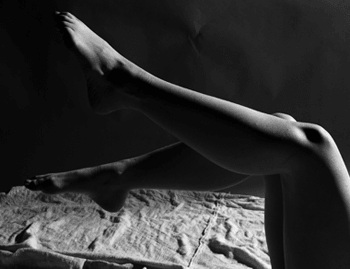 
You will have these tassels to look at and so you will remember all the commands of the Lord, that you may obey them and not prostitute yourselves by going after the lusts of your own hearts and eyes (Numbers 15:39).

So, now that you know the sins, where do you stand with your creator?

By Michael Ramses
Member Since: Jul 20, 2017
FOLLOW
I love to write about the strange, unusual, and paranormal.
COMMENTS
Log in to post a comment. (Easy one-click login with Google or Facebook)
MULTI-DIMENSIONAL EXISTENCE
THE UNIVERSAL LIFE CHURCH
HUNTER'S MOON
ELON MUSK IS AT WAR WITH SHORT SELLERS