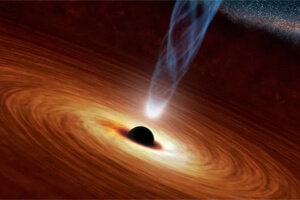 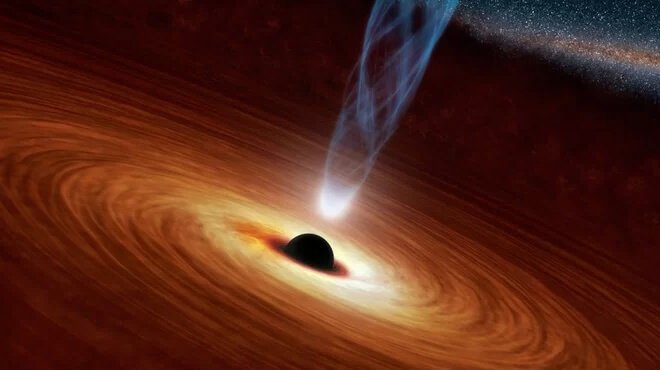 A new supermassive black hole has been found. It is a rare find, as it is at the center of an ulta-compact dwarf galaxy – and researchers cannot explain it.

The recent findings were published in the Monthly Notices of the Royal Astronomical Society. The galaxy, Fornax UCD3, is in a region containing many ultra-compact dwarf (UCD) galaxies known as the Fornax Cluster. The Fornax Cluster is in its own right quite rare. UCDs aren't that common and many UCDs grouped together is very uncommon. 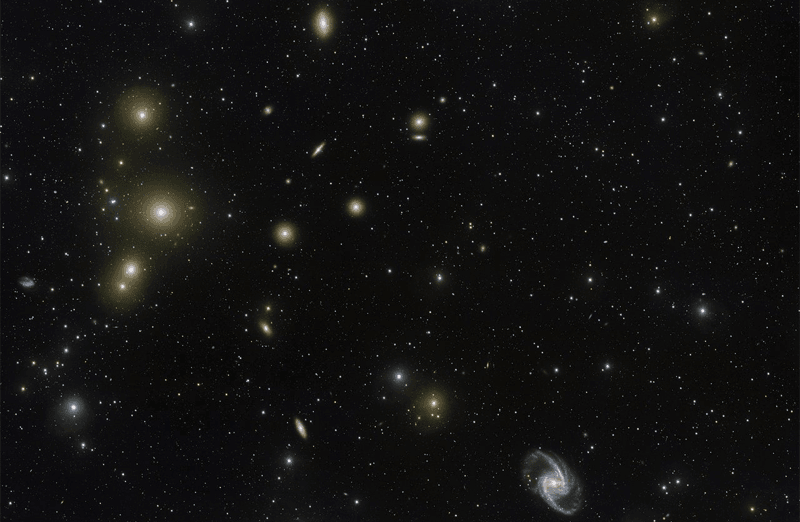 The Fornax Cluster is one of the closest clusters beyond our galactic Local Group.
This image shows the central part of the cluster in great detail.
In the lower right is NGC 1365, a barred-spiral galaxy.
The lead researcher, Anton Afanasiev, recently said in a statement, “We have discovered a supermassive black hole in the center of Fornax UCD3. The black hole mass is 3.5 million that of the Sun, similar to the central black hole in our own Milky Way.”

Finding a supermassive black hole at the center of a UCD is an incredible find and extraordinarily rare. UCDs are small on a galactic scale. They are less than 300 light years across with a total mass of a few ten million solar masses.

Our Milky Way is around 100,000 light years across and contains around 580 billion solar masses.

Researchers will continue to study the Fornax Cluster and UCD3 and hope to reveal its hidden secrets.
+0

By Michael Ramses
Member Since: Jul 20, 2017
FOLLOW
I love to write about the strange, unusual, and paranormal.
COMMENTS
Log in to post a comment. (Easy one-click login with Google or Facebook)
INTERVIEW WITH THE VAMPIRE IS A TIMELESS CLASSIC
THE SEVEN DEADLY SINS
YOUR MOBILE APPS (AND THEIR ADVERTISING) SPY ON YOU
WHO HAS TIME?