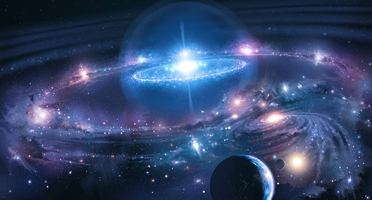 Two dimensional existence would include width and height, but no girth. An example would be a piece of paper or a computer screen. One dimensional would have length, but no width or height, a straight line. 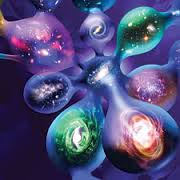 Consider the fourth dimension to be that of space-time. To us time is linear. It moves straight forward at a set pace and we have no control over it whatsoever. A fourth dimensional existence would have our attributes of height, width, and girth, but also be able to pass through time in a non-linear fashion. The space aspect would mean matter as we know it would change, most likely existing in an energy form.

Just as we can interact with two dimensional worlds but not exist within them, a fourth dimensional existence would be able to interact upon the third dimension but never truly be a part of it. Consider this is where we pass on to when we die.

Are you with me so far? 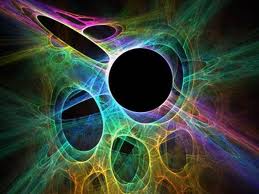 This could explain a great many things. Have you ever met someone with whom you were absolutely certain you knew before? Perhaps a soul mate or kindred spirit? The connection you are feeling could be attributed to being involved with that person right now, in a higher dimension. This would also include people who absolutely repulse you, or who you want to put as much distance between as possible. There may be strife between you and this person at other levels. People who have psychic abilities may just be in better touch with themselves, as they exist in higher dimensions where time is not linear, giving them insight into future events. Pendulums, Tarot Cards, Ouija Boards, and other divination devices would communicate with and be the link to this inner self.

Of course, if a fourth dimension exists then that opens the door to infinite dimensions beyond the fourth. Each incremental dimension would be harder and harder for us to grasp. Or maybe we just turn into worm food when we die.