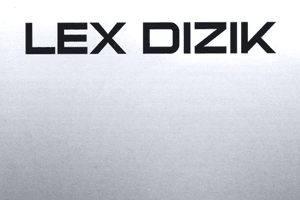 The Future of Gothic Rock 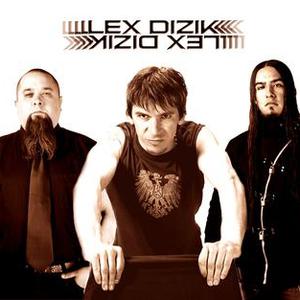 Lex Dizik is a relatively new band to the Philadelphia Gothic/Dark music scene. Fusing Rock/Metal influence with Trance and House rhythms and undertones and synthesized guitars with haunting chants, Lex Dizik is truly an original artist if one was ever seen.

Lex Dizik was formed in 2002 after vocalist/guitarist Doug Perry worked with producer Richard Gavalis (producer of the Bloodhound Gang among others) on some ideas he'd had in the past. In the studio and personally, Doug experimented with synthesized guitar sounds, discovering that it was one of the most unique sounds he had ever heard. Doug then decided to create a band based on this unique sound. Eventually, through contact with Richard and other recruiting/kidnapping/ etc., the band became Doug Perry on guitar/vocals, Gabe "Valdar Downstroker" Valdez on guitar, Laura Johnson on bass and Brian Walsh on drums. This is the first and original lineup of Lex Dizik.

The truly unique sound of Lex Dizik comes from their synthesized guitars, vocals, and trance/ house rhythms. "I believe that the combination of guitar effects and amps with the analog synths have created one of the most definitive elements to the sound of the band." says Perry, who originally discovered the sound back in 2002. However, most of the effects are analog, as Doug says, "We have also textured the music with some digital synthesizer effects, ambient loop sequences and electronic percussion/drum layers. These contribute to the distinctive vibe and mood of Lex Dizik."

But this space-age symphony isn't going to fade from view real soon. "We are currently working on full production music video with film director David Allen Ruth (Sweety Kat Picturz) for the track "Dark Side". We are not finished with the shooting of the scenes yet but I have seen the rough footage of our last shoot and it looked amazing already. David and his crew really know what they are doing and I'm positive that the video is going to be awesome," commented Doug, who also noted that they would be finishing their full CD entitled "Dissuade" over the next month. The band hopes to incorporate the Video into an enhanced CD and speculates a May release party.

Additionally, plans have begun for "LEXFEST 2004", a massive allday concert on September 11th, 2004 consisting of 11 bands (strange huh?) at the Colorado State Fairgrounds Amphitheatre. The entire event will be set up independently by LEX DIZIK. So, if you really want to listen to some of the most futuristic music on the planet, get their MP3's “Invasion” and “What I Do”. Both are from their CD Dark Side.

By Tom Scott
Member Since: Aug 07, 2017
FOLLOW
Former station manager of UndeadRadio.com.
COMMENTS
Log in to post a comment. (Easy one-click login with Google or Facebook)
WHEN WILL WE GET A BITCOIN ETF?
SIX WOMEN CLAIM THAT CBS CEO LES MOONVES SEXUALLY HARASSED THEM
NEW AMAZING PTERODACTYL FOSSIL DISCOVERED IN THE UTAH DESERT
HIV AND STD TESTING IN VIENTIANE, LAOS