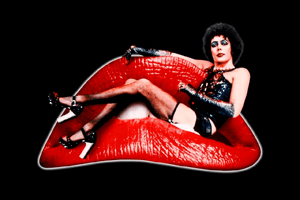 It's been 28 years since The Rocky Horror Picture Show first opened at the United Artist Westwood theater in 1975. The ensuing phenomena that was predicted by no one and that baffled everyone caught Hollywood by surprise. A movie that opened as a flop had turned into a cult classic. People started returning to see the movie over and over. Moreover, they were starting to dress up like the characters in the film and began acting out the scenes in front of the screen. 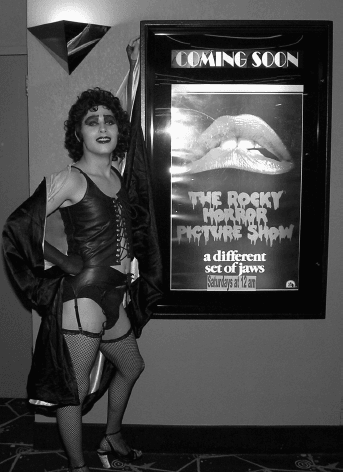 The Rocky Horror Picture Show had a great run in the late 70's and throughout the 80's. Today, it is the longest running cinematic film of all time. In the 1990's however audience numbers began a long steady decline, and screenings of the film in many towns throughout the United States ceased.

Today Rocky Horror persists in select markets throughout the country. One such market that has seen marked success is Phoenix, Arizona. They have had their trials and tribulations but they push on week after week, often seeing attendances in excess of 200 people. 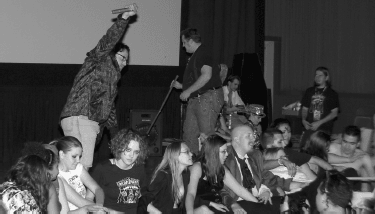 Broadway Bound and Gagged's Pre-Show
"Ten years ago Rocky was still pushing the momentum of the seventies and eighties. It can no longer coast, Rocky now has to be run as a business. But it has to be run as a business by the freaks who have a business sense, which I think some of us kind of have," says Matt Yenkala, producer of the Rocky troupe Broadway Bound and Gagged in Phoenix, Arizona.

It takes a very large commitment to join a Rocky troupe. Screenings are still done at midnight on Saturdays. Cast members arrive hours beforehand in order to apply makeup, get in costume, and prepare. Furthermore, additional rehearsals are done throughout the week.

"I enjoy performing, I enjoy the atmosphere. The movie is really like nothing else. It's silly, it's fun to be a part of. The audience reaction is always fun too," tells Rebecca MacCart who has been involved with Rocky Horror since 1999. 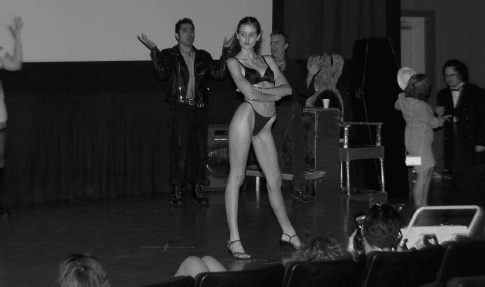 Brooklyn Feustel who plays Trixie for Broadway Bound and Gagged
The vast majority of people in both cast and audience of Rocky Horror these days were not even born when the movie was originally released. Although there are the stalwart veterans that return week after week, the show is getting an infusion of younger people. It is this infusion that keeps The Rocky Horror Picture Show alive.

"My mom was really into Rocky, she went when she was in college. She's the one that brought me for the very first time," tells Amy Pokhias who is only 22 and who now plays Magenta. 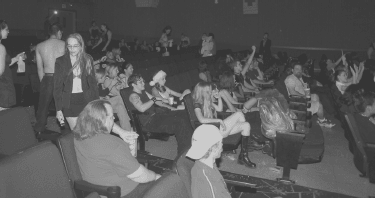 The Rocky Audience
For many years there has been a link between Halloween and Rocky Horror. No one is quite sure how this started up, although it most certainly has something to do with the fact that Rocky cast and audience regularly dress up in costume each Saturday night. Broadway Bound and Gagged habitually sells out its Halloween performances and often do extra shows in order to fill demand.

"The freaks come out on Halloween and the freaks always come to Rocky Horror," tells Dawn Grigsby who has been Broadway Bound and Gagged's cast manager for the past 6 years.

The future of The Rocky Horror Picture Show is uncertain. No one predicted that this B-movie would still be screened 28 years after its original release. While the show no longer goes on in many parts of the country, large markets still show the film and will carry on on as long as there is demand. Support of your local Rocky Horror cast is important if the show is to have a continuing future.

"I think Rocky will be running somewhere for at least 50 years. Certainly in New York, southern California, and a few other isolated places there will always be Rocky Horror. The days of 300 prints being scattered through every small town in America are long gone. But I think Rocky can continue to thrive in America if its properly nurtured and promoted." - Matt Yenkala. 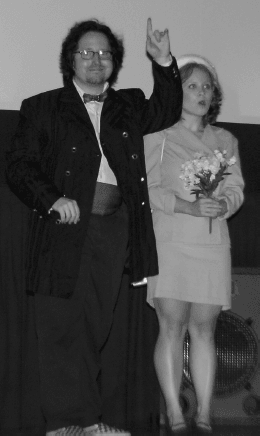 By CT Thompson
Member Since: Jan 06, 2016
FOLLOW
Founder and editor-in-chief of Way Universe.
COMMENTS
Log in to post a comment. (Easy one-click login with Google or Facebook)
LOPBURI, THE MONKEY KINGDOM OF THAILAND
ONE LOAF BREAD
THE SEARCH FOR EXTRA-TERRESTRIAL INTELLIGENCE
CREEPY LITTLE STORIES