When Will We Get a Bitcoin ETF? 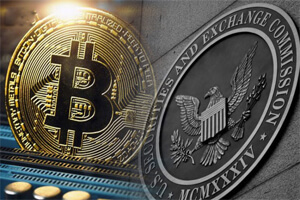 Various investment firms have been trying to get a Bitcoin ETF approved by the Securities and Exchange Commission. Last month the SEC denied a Bitcoin ETF proposal by the Winklevoss twins. The SEC’s primary reason for the denial: the possible manipulation of the price of Bitcoin. 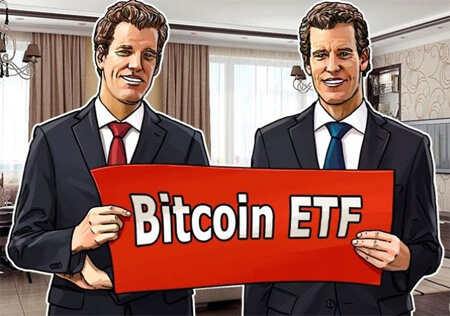 This was the second rejection of a Bitcoin proposal by the SEC this year. On March 10, 2017, the SEC rejected another ETF proposal by the Winklevoss twins. In the March decision the SEC wrote:


"The Commission believes that, in order to meet this standard, an exchange that lists and trades shares of commodity-trust exchange-traded products ("ETPs") must, in addition to other applicable requirements, satisfy two requirements that are dispositive in this matter. First, the exchange must have surveillance-sharing agreements with significant markets for trading the underlying commodity or derivatives on that commodity. And second, those markets must be regulated."
The March rejection resulted in the price of Bitcoin tumbing, and the same happened after the July decision. Crypto currency investors want a Bitcoin ETF or ETP. This will open up the institutional markets to investment in crypto currency.

Now another firm is trying to be the first to get approved for a Bitcoin ETF. VanEck, an investment firm in New York, has been working on getting a Bitcoin ETF approved for over 3 years. The SEC is set to make a decision on the VanEck fund on September 30th.

Gabor Gurbacs, director of digital asset strategy for VanEck recently said, “Today, the bitcoin markets are still 90-95% retail and institutions are looking for a way to get into these markets so the physical ETF we have tailored to institutions.”

An exchange traded fund would open up Bitcoin to institutional investment, and hopefully, a mass influx of money into Bitcoin. However, Gurbacs went on to warn, that once a Bitcoin ETF is finally approved, it will come with additional governmental regulation – something the Bitcoin community is strongly opposed to. But without regulation, Bitcoin can never go mainstream.

By Michael Ramses
Member Since: Jul 20, 2017
FOLLOW
I love to write about the strange, unusual, and paranormal.
COMMENTS
Log in to post a comment. (Easy one-click login with Google or Facebook)
10 SEX SYMBOLS WHO FELL FROM GRACE
CHINA TELLS TRUMP: NORTH KOREA NUCLEAR CRISIS NEEDS A PEACEFUL RESOLUTION
MELANIA TRUMP IS MORE FRUGAL THAN MICHELLE OBAMA
WHAT REALLY HAPPENED IN CHARLOTTESVILLE VIRGINIA