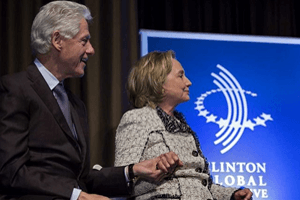 2,382 Shares
The House Oversight committee has opened a new investigation into the Obama-era deal where the Russian company Rosatom bought the US company Uranium One. The deal is significant because Uranium One controls 20% of the uranium in America. The deal was approved under then Secretary of State Hillary Clinton. Investors in the Russian company Rosatom had business relationships with former President Bill Clinton. Investors from both Rosatom and Uranium One made donations to the Clinton Foundation.


"I’ve spoken with the confidential informant that helped the FBI uncover this bribery scheme," Represenative DeSantis (Rep. Florida) told Fox News on October 22nd. "Clearly, it's in the public's interest that this individual be able to tell his story to Congress."

President Trump has said major media outlets have failed to cover the story of the Russian purchase of American uranium mines under the Obama administration.

The Hill has reported that Bill Clinton collected hundreds of thousands of dollars in speaking fees and the Clinton Foundation received more than $145 million in donations from Uranium One and Rosatom affiliated donors. Eric Holder and Hillary Clinton both served on the Committee on Foreign Investment when the Uranium One deal was approved.


Rosatom first announced its acquisition plans of Uranium One on June 8, 2010. On June 29th, Bill Clinton received $500,000 for a speech made at Renaissance Capital, a Russian bank that was endorsing Rosatom's move. Nine separate Uranium One investors gave the Clinton Foundation $145 million. The Committee on Foreign Investment approved the deal on October 23, 2010.

The National Review has reported that after the deal, Uranium One exported uranium outside of the United States, despite the company not having an export license. Where the uranium was sent is unknown. 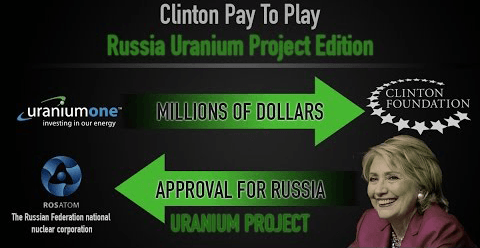 By Damien Jones
Member Since: Aug 02, 2017
FOLLOW
Politics, government, and the way the world works are what I love to write about.
COMMENTS
Log in to post a comment. (Easy one-click login with Google or Facebook)
TEACHINGS OF THE MAJOR RELIGIONS
10 SEX SYMBOLS WHO FELL FROM GRACE
THE BENEFITS OF A KETO DIET
SIX WOMEN CLAIM THAT CBS CEO LES MOONVES SEXUALLY HARASSED THEM