This Black Hole is One of the Biggest Ever Found 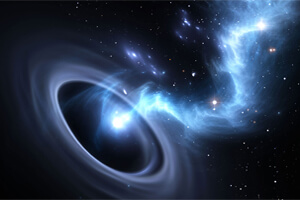 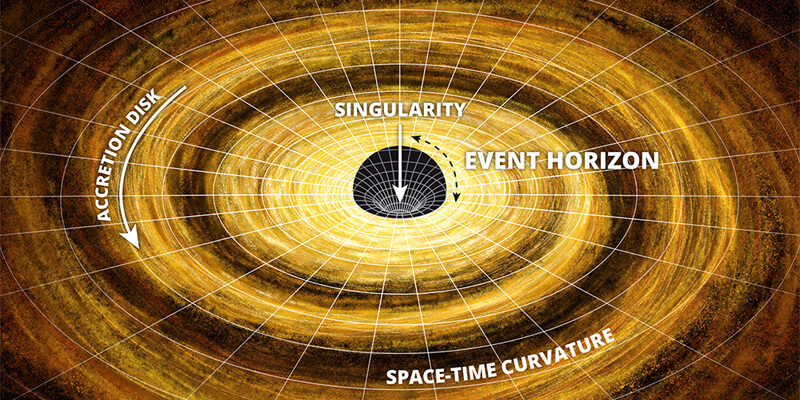 12 billion light years away astronomers have discovered a monster black hole. It’s unknown if the black hole is still there, as we are seeing it as it existed 12 billion years ago, just 1.7 billion years after the universe formed. 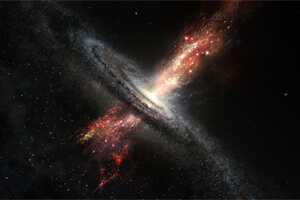 Named SMSS J215728.21-360215.1 (J2157-3602 for short), this supermassive black hole takes just 2 days to consume mass the size of our Sun. Its size, appetite, and old age make it truly unique. The average black hole is around 50 solar masses. This one is roughly 20 billion solar masses, which tells astronomers that the Big Bang gave birth to larger black holes than they originally thought.

Dr. Christian Wolf, an astronomer and lead author of the study on this new discovery said, “So, either black holes can grow faster than the speed limit, but we don’t know how that works, and we have not seen it yet in action, or there is an unknown way to make 5,000 solar mass black holes very close in time to the Big Bang. But who knows what happened in the dark early ages of the universe?” 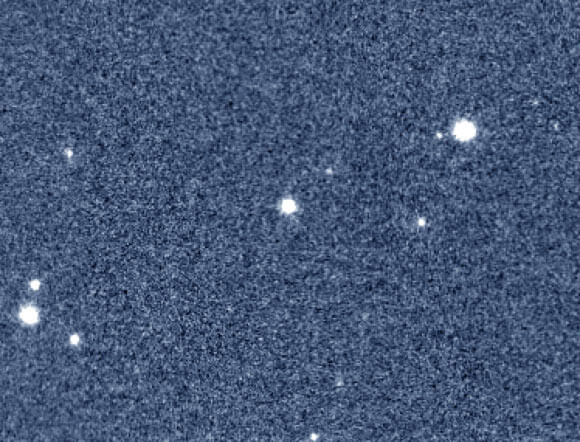 The growth rate of J2157-3602 is also unique. Researchers estimate the black hole has grown at the rate of 1% per 1 million years. If it is still there today that makes it 20 billion solar masses large. That's very large. It shines more brightly than an average galaxy. It also helps astronomers observe the region because it is sucking up all the surrounding gas and dust, which provides astronomers with a better view.

If this black hole was at the center of our Milky Way, it would shine 10 times brighter than a full moon. It would look like a super bright pin-point star almost completely washes out all other stars in the nighttime sky. It would also be fully visible during daytime hours. It’s emitting so many x-rays and gamma rays that it’s unlikely life on Earth could have evolved if it was at the center of our galaxy. 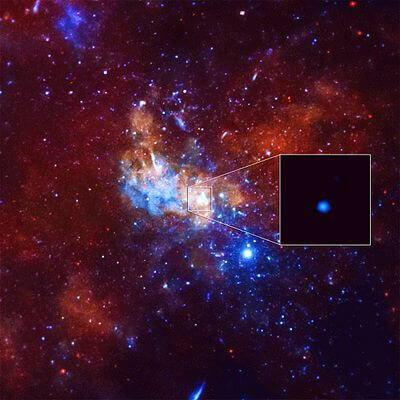 Sagittarius A*, the black hole at the center of our own Milky Way galaxy

New discoveries like these are really driving the field of astrophysics right now. Astronomers are learning more and more about how our universe works every day. What we unearth in new research shows us just how little we really know about our own universe.
+0

By Michael Ramses
Member Since: Jul 20, 2017
FOLLOW
I love to write about the strange, unusual, and paranormal.
COMMENTS
Log in to post a comment. (Easy one-click login with Google or Facebook)
HARMLESS HISTORICAL NUTS
PRESIDENT TRUMP CALLS OUT MEDIA ON BIASED CLINTON URANIUM ONE COVERAGE
BANANA BREAD
HUNTER'S MOON