The Punisher Is Coming 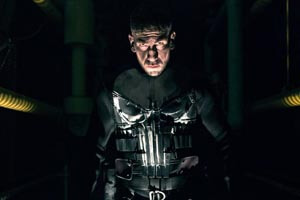 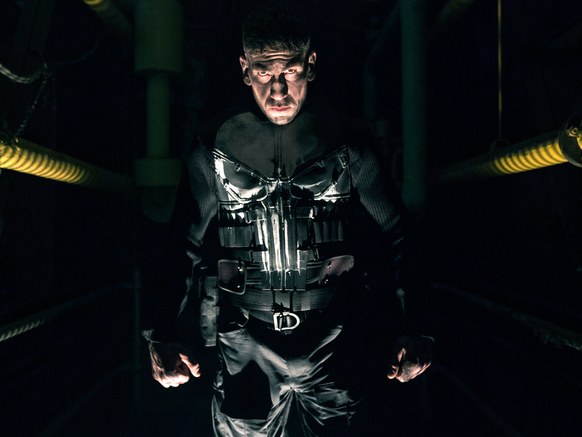 The Punisher is a well-known Marvel comic (1974 – present). There have been 2 films based on the character. The 1989 film (Dolph Lundgren, Louis Gossett, Jr.) was low budget at $9 million and flopped making only $533,411 worldwide. The second film, released in 2004 had a much improved cast (John Travolta, Roy Scheider, Ben Foster, Will Patton, and Rebecca Romijn Stamos). However, it also failed to perform well, earning only $33 million at the box office on a $55 million budget.

Despite the franchise's cinematic setbacks, fans have wanted to see more of The Punisher for a long time. A reboot is coming in the form of a new Netflix series. A series of 13 episodes is scheduled for release on November 17, 2017.

The new series stars Jon Bernthal (Shane, from The Walking Dead)
The Punisher has always been a darker Marvel comic. The new series looks darker than either of the previous films, neither of which was produced by Marvel Studios. This time around Marvel Studios has taken the reigns and has promised the show will be true to its comic roots. The show is set in New York City alongside The Defenders storyline (although The Punisher isn't really a Defender) and The Punisher will likely have interactions with other Netflix/Marvel TV characters. Although thus far, Karen Page from Daredevil is the only confirmed link.

Oddly, the November 17th release is the same date that DC's Justice League hits theaters. Coincidence? The real question is: with The Punisher setting its sights on the Justice League, will the new Marvel series impact Justice League's box office?

Our guess is anyone who was planning to see Justice League will still see it, regardless of what is playing on Netflix. Why choose one over the other when you can see both? Yes, it is easier to stay at home, boot up Netflix and binge watch. But Justice League has been demanded by fans for far longer and resolutely than The Punisher.

Our pick? See both.

By Andrea Smith
Member Since: Aug 17, 2017
FOLLOW
Andrea Smith is a Hollywood and Entertainment writer.
COMMENTS
Log in to post a comment. (Easy one-click login with Google or Facebook)
PRESIDENT TRUMP CALLS OUT MEDIA ON BIASED CLINTON URANIUM ONE COVERAGE
SEEING YOUR AURA
WHO YA GONNA CALL?
THE PENDULUM