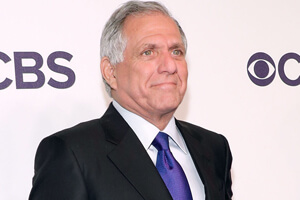 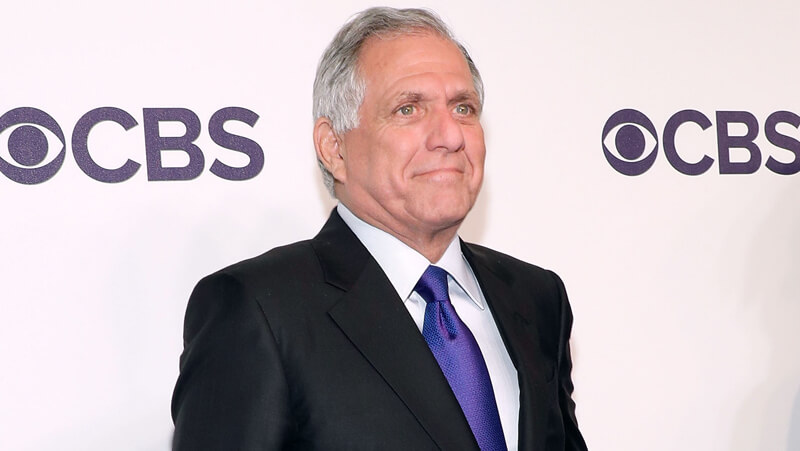 The New Yorker is reporting that longtime CBS president and CEO Les Moonves has a history of sexual misconduct, intimidation, and retaliation against women. The report details the accounts of 6 women who have thus far come forward. Way Universe has not independently confirmed the allegations.

One accuser, actress Illeana Douglas, told the New Yorker that in 1997 Les Moonves called her into his office while she was filming a pilot for CBS and asked to kiss her. Ms. Douglas tried to turn the conversation back to work, but she claims Moonves then grabbed her.

“In a millisecond, he’s got one arm over me, pinning me,” Douglas told the New Yorker. The magazine reported that Moonves was “violently kissing” her and that he then “pulled up her skirt and began to thrust against her.”

The New Yorker article details multiple incidents, one of which was from writer Janet Jones. The article alleges that Ms. Jones claims that she had to “shove Moonves off her after he forcibly kissed her at a work meeting.”

The New Yorker article also reports that 30 current and former employees said other inappropriate behavior happened throughout the company, including in the CBS news division and its flagship program 60 Minutes.

Les Moonves made a statement regarding the allegations against him, “Throughout my time at CBS, we have promoted a culture of respect and opportunity for all employees, and have consistently found success elevating women to top executive positions across our company. I recognize that there were times decades ago when I may have made some women uncomfortable by making advances. Those were mistakes, and I regret them immensely. But I always understood and respected — and abided by the principle — that 'no' means 'no,' and I have never misused my position to harm or hinder anyone's career. This is a time when we all are appropriately focused on how we help improve our society, and we at CBS are committed to being part of the solution.”

According to the article, a statement made by CBS does acknowledge that Moonves tried to kiss Ms. Douglas, but that “he denies any characterization of 'sexual assault,' intimidation, or retaliatory action,” including chastising and berating her on set, and personally firing her from the pilot she was filming.

CBS’s statement further said, “CBS is very mindful of all workplace issues and takes each report of misconduct very seriously. We do not believe, however, that the picture of our company created in The New Yorker represents a larger organization that does its best to treat its tens of thousands of employees with dignity and respect. We are seeing vigorous discourse in our country about equality, inclusion, and safety in the workplace, and CBS is committed to being part of the solution to those important issues.”

The article also includes additional allegations that executive producer Jeff Fager from 60 minutes made unwanted advances. 6 former employees told the New Yorker that Fager, “while inebriated at company parties, would touch employees in ways that made them uncomfortable.”

Fager has denied the allegations and said in a statement that “it is wrong that our culture can be falsely defined by a few people with an axe to grind who are using an important movement as a weapon to get even, and not by the hundreds of women and men that have thrived, both personally and professionally, at 60 Minutes.” 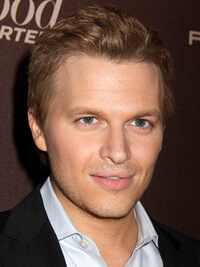 Ronan Farrow
The reported who wrote the article for the New Yorker, Ronan Farrow, was the first to detail accusations of rape and misconduct against Hollywood producer Harvey Weinstein. Weinstein is still denying all allegations made against him.

The CBS board of directors is currently reviewing the allegations against Les Moonves. The board has said it will “take appropriate action” after the review has been completed.

Farrow was on CNN’s Erin Burnett OutFront on Friday, July 27th discussing the article he wrote for the New Yorker.

“You're dealing with both an individual who is at the top of his game, and on whom many, many other power people depend for their livelihoods," Farrow said, "And also a corporation that is at the apex of our culture.”

On Friday, stock of CBS closed down more than 6%.

Les Monves has been running CBS for more than 10 years and is credited with turning the network into the most watched broadcast network on television for 15 of the past 16 years. Moonves has been very well compensated for the success of CBS. In 2017 he received $68.4 million for the role as CEO and chairman of the Board of Directors. He was one of the highest paid CEOs in the United States last year.

“Moonves provides strong consistent leadership, particularly in light of the breadth of his institutional knowledge of all aspects of the Company's businesses,” CBS said in its annual proxy filing. However, the company has been hit with continual scandal and controversy over the past several months.

CBS recently fired anchor Charlie Rose after the Washington Post published 8 women who claimed Rose engaged in “unwanted sexual advances.” In a second article by the Post, it was revealed there were even more allegations against Charlie Rose, and that some of them has been reported to the management of CBS News shortly after they happened.

By Andrea Smith
Member Since: Aug 17, 2017
FOLLOW
Andrea Smith is a Hollywood and Entertainment writer.
COMMENTS
Log in to post a comment. (Easy one-click login with Google or Facebook)
METEOR CRASHES INTO INDIAN VILLAGE
FALLEN HALO
NEW BOOK ABOUT THE PHOENIX LIGHTS
LOPBURI, THE MONKEY KINGDOM OF THAILAND