Is Silver an Antibiotic Alternative? 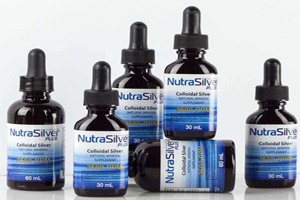 2,504 Shares
After being almost forgotten for more than fifty years by the medical community, silver is making a big comeback in modern-day health science. 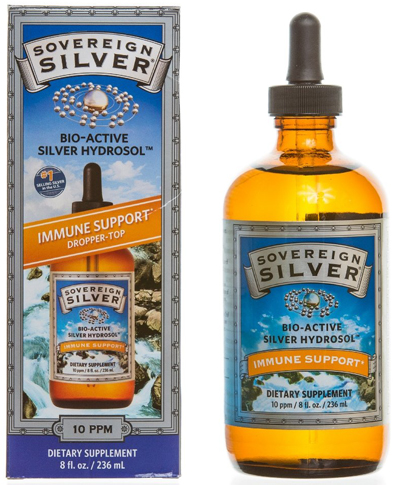 Silver has been known to be a remedy for centuries. Both the Greeks and Romans stored liquids in silver-lined containers to keep them fresh longer. American pioneers traveling west would put a silver dollar in milk to delay its spoilage. Native Americans added powdered silver to a newborn's first bath as protection against the environment. In 1834, the German obstetrician F. Crede administered silver nitrate to the eyes of newborn infants, virtually eliminating the gonococci bacteria which caused blindness. This practice continues today. In the late 1800's Western scientists were able to prove what had been known in Eastern medicine for literally thousands of years. That is, that silver is a proven germ fighter! By the early 1900's colloidal silver became the first choice of medical practitioners in fighting infections. It proved to be greatly effective and extremely safe to use, without the negative side effects associated with other drugs. The use of silver as a medicine was widespread until World War II when antibiotics became the standard treatment for infections. Even with antibiotics, silver suphadiazine is still regularly used to treat burn wounds. Recently, though concerns about overuse of antibiotics and the development of antibiotic-resistant bacteria has lead to a resurgence of silver's popularity.

Colloidal Silver is defined as a very small particle of silver, .01 to .005 microns in diameter (four hundred thousandths to twenty millionths of an inch), suspended in a different medium, such as a solid in a liquid. Today, it is most commonly produced by passing an electrical current over a couple of silver electrodes immersed in water. This creates microscopic particles of pure elemental silver held in suspension in water by an ionic bond. Because of the small particle size and electrical charge, the particles repel each other and thus theoretically stay suspended in the water indefinitely and do not settle out.

Proponents of colloidal silver say that it "strangles" over 650 disease-creating bacteria, fungi (including yeasts), viruses, and parasites by cutting off their oxygen supply within six minutes. Because these microorganisms are suffocated, rather than poisoned, resistant strains fail to develop (the germs cannot mutate and develop). Researchers in Brigham Young University's department of microbiology were asked to test the antimicrobial activity of ASAP Solution, one of several colloidal silver solutions available as unregulated natural supplements. ASAP is produced by American Silver in Alpine, Utah County. The study compared ASAP to the top five classes of antibiotics. Both the silver and antibiotics were tested on a variety of microorganisms, including streptococci, pneumonia, E. coli, and salmonella. The results were in line with what natural healers have known for a long time. The Desert News quotes Dr. Leavitt as writing "The data suggests that with the low toxicity associated with colloidal silver, in general, and the broad spectrum of antimicrobial activity of this colloidal silver preparation, this preparation may be effectively used as an alternative to antibiotics."

Opponents, however, call it the snake oil of the day. They point out that use of silver preparations causes argyria, which is a permanent ashen-gray discoloration of the skin, conjunctiva, and internal organs that results from long-continued use of silver salts. (merksource.com) They also point out that the studies that have been conducted were all in-vitro (in a test tube) and that any reliable study would need to be done in-vivo (in the body). One of the leading voices against the use of compounds containing silver is Rosemary Jacobs. She had nasal drops prescribed for her in 1953, by a medical doctor, which contained silver for her allergies. Within three years of intermittent use she developed argyria, and has spent her entire life dealing with the ramifications of her disfigurement. "The victims of this disorder look as if they have been disinterred and yet they walk around and act otherwise normal," stated Ronald Mack, MD Maybe what we have here is another theory as to where vampiric lore originated.

The Federal Drug Agency has also dealt with this controversy. The FDA has issued a Final Rule declaring that all over- the-counter (OTC) drug products containing colloidal silver or silver salts are not recognized as safe and effective and are misbranded. In accordance with the Final Rule, a colloidal silver product for any drug use will first have to be approved by FDA under the new drug application procedures. The Final rule classifies colloidal silver products as misbranded because adequate directions cannot be written so that the general public can use these drugs safely for their intended purposes. They are also misbranded when their labeling falsely suggests that there is substantial scientific evidence to establish that the drugs are safe and effective for their intended uses. The Final Rule became effective on September 16, 1999. (FDA TALK PAPER August 17, 1999)

I personally have used colloidal silver for approaching ten years. I have used it on my children, my pets, and myself. We do not have grey - silver skin, but what we do have is a feeling of empowerment over the organisms that share our environment and invade our bodies. At the first twang of an ear infection the children run to grab a bottle and place a few drops directly into their ear, never to need antibiotics; at the onset of a cold sore I apply it directly to the site, never does it develop into a full blown eruption. On my cat I have placed it directly into an open wound and on to a surgical incision, neither became infected. Almost all health food stores carry colloidal silver and it is widely available on the Internet, but the cost can be prohibitive. Retailing online from sixty-five dollars to two hundred and seven dollars for one gallon! And to think, we think gas is expensive! Alternatively, at www.naturesalternatives.com you can purchase a kit to make your own for seventy dollars.

We do not take colloidal silver every day, just as we would not take a prescription antibiotic daily. We use common sense and hope that if we do turn silver, we can find employment in Hollywood.