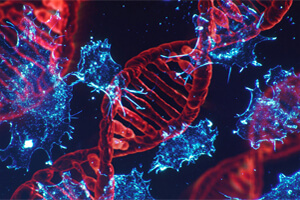 The study cites master tumor suppressor (TP53) genes as a strong protection against dying from cancer. Most mammals carry one copy of this gene, but elephants carry 20 copies of the gene making them much more resilient to cancer. TP53 It is responsible for removing and repairing damaged cells, the exact kind of cells that result from cancer. If an elephant contracts cancer the gene fights it off and they are much more likely to survive.

Larger animals have more cells and tend to live longer. This makes them much more likely to die from cancer over the course of their lifetime. There is an expected positive correlation between mammal size and cancer mortality rates, but that’s not what happens in elephants. 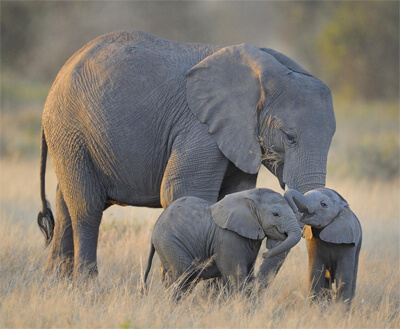 Researchers think that early in their evolution cycle elephants developed more copies of TP53. This allowed elephants to grow larger and live longer without the risk of dying from cancer. Without the additional gene copies, elephants may never have evolved into the massive land animals they are today.

Researchers in the University of Chicago study introduced cancer-causing material into elephant cell DNA. As expected, the carcinogens damaged elephant cells. But instead of cancer forming and reproducing, TP53 activated another gene, leukemia inhibitory factor 6 (LIF6). LIF6’s function is to respond to damaged DNA by killing the cell.

Cancer results when cells with damaged DNA start to replicate uncontrollably. In elephants, the TP53 and LIF6 genes allow these cells to die right away so they can’t replicate.

“Because the elephant cells died as soon as their DNA was damaged, there was no risk of them ever becoming cancerous,” said Vincent Lynch, an assistant professor of human genetics at the University of Chicago and the study's lead author.

This is a stunning new discovery in the field of human-cancer research. How LIF6 kills damaged cells remains unclear and will be the focus of future research. The study was funded by the University of Chicago and published in the August 14 issue of Cell Reports.

By Damien Jones
Member Since: Aug 02, 2017
FOLLOW
Politics, government, and the way the world works are what I love to write about.
COMMENTS
Log in to post a comment. (Easy one-click login with Google or Facebook)
WHAT REALLY HAPPENED IN CHARLOTTESVILLE VIRGINIA
NEW BOOK ABOUT THE PHOENIX LIGHTS
THE SEVEN DEADLY SINS
THE GOD SOUND